The Journey to New Arrival Camps in Greece

When families choose to flee their homes to escape the terrors of war, this is not an easy choice. To leave everything they have known and worked for, for an uncertain future. For many of them the decision to flee is just the beginning of their traumatic journey to safety and so often the conditions that they are met with are far from providing them with the shelter and supplies that they need to survive.

Following the closure of many European borders in 2016, Turkey established a settlement with the EU, stating that they would house any asylum seekers that land in Greece.  The hotspot system was created to facilitate the identification and registration of asylum seekers on arrival. However, rather than these individuals simply passing through the transitional camp of Moria, many are now stuck there whilst their applications for refuge and the possibility of persecution in Turkey are processed. Due to the slow processing and delayed transfers of new arrivals to the camp, overcrowding and substandard living conditions are ever growing issues that compromise the human rights of those stuck within the camp.

In 2020, over 13,000 displaced people were living in temporary accommodation in Camp Moria on Lesbos. In the late evening of Tuesday 8th September, fires were started in Camp Moria which soon spread across the camp, destroying everything in its path. 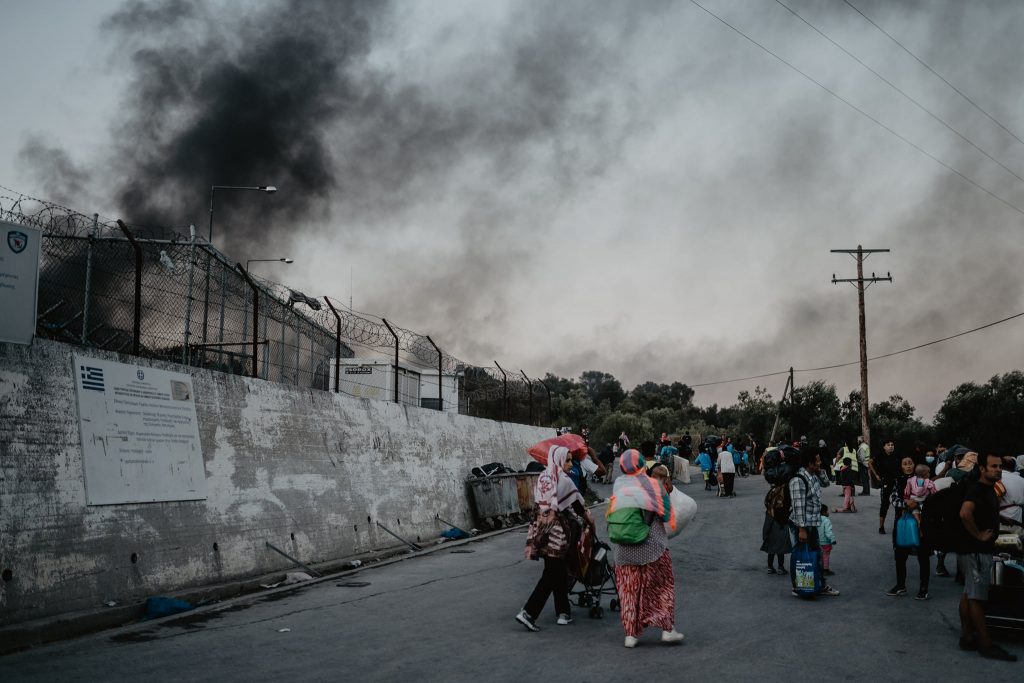 We can now say that Camp Moria no longer exists and 13,000 displaced people have been left homeless, stuck on the fields and streets around Moria.

You can see the amazing impact that volunteers serving in Greece have made in the lives of refugees who have fled in search of safety on these islands. Plus the wider work in which GAiN is playing a part in helping to bring to practical help and hope.

We’ve been collecting essential relief items to send to the new arrivals in Camp Moria for the past few years. We’re now collecting urgent relief items to support those affected by the fire. Visit our Help Moria-13,000 Homeless page to find the items we are currently collecting and see how you can mobilise others to join in.

GO to be part of a team of volunteers serving to very hands-on ways in Greece. Due to the international restrictions in place following COVID-19, our overseas projects are currently on pause. But keep an eye out on our GAiN Overseas Teams page to find out when these projects will be resuming and how to apply.